My 2015/16 rowing season began with a shock to the system. I had moved from a then very successful Durham University Women’s Squad winning multiple gold BUCS medals and a second place at EUSA, to Wallingford Rowing Club with a season focused on gaining selection for the U23 LW 4x. It was hard adjusting to a heavy training programme as well as working and soon, despite a pleasing result at November trials, I became injured and was unable to row.

By January I was back to a normal training routine but I knew that after two months of training solely on the Wattbike, I needed every edge I could get over my competitors if I wanted to perform well.

Thankfully for me, OarSport came up Trumps. 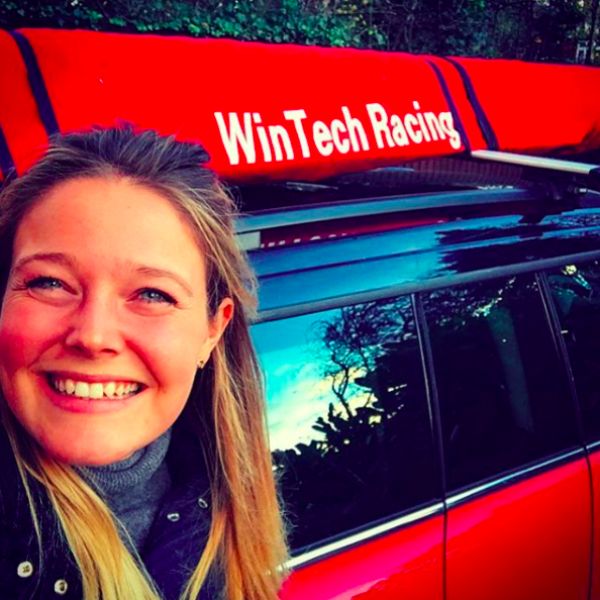 One Saturday Morning I went down to the rowing club to unwrap a brand new boat WinTech Racing boat. The boat to see me through the next few months of my rowing project was a super lightweight WinTech Cobra with the bow mounted carbon wing rigger.

From the first session I genuinely believed this boat was going to enable me to get the most out of my training and racing. I had previously done some time trial testing over 1000m between a LW 60-75kg boat and SLW 50-60kg with a stern mounted rigger that proved in favour of the SLW by enough margin to be significant.

The first couple of sessions in my new boat were spent ensuring it was set up exactly how I wanted it to be. This was made incredibly easy for two reasons. The first being the snap on washers meant that it was easy to make small adjustments to the height settings whilst I was out on the water with the help from my coach on the launch.

The second being the easily adjustable shoe plate and foot stretcher mechanism meant I could make small changes whilst I was still in the boat mid session. This ease of adjustability meant no session was wasted thinking about changes I wanted to make to the setup of the boat, rather I could spend every moment of every session focusing on technique or rowing hard.

A key aspect I really like about the WinTech Cobra is the bow mounted wing rigger. I was accustomed to rowing in stern wing rigger boats, but the bow-mounted wing took all clumsiness away from the boat.

Any thought of catching my hands on the rigger/SpeedCoach had gone and instead it really felt like I was able to float out to the catch in a smooth, seamless motion. Once my blades were in at the catch they felt completely connected and any force I applied felt immediately transferred to boat propulsion and reduced the fore and aft pitching of the boat that can be visible in shorter boats. 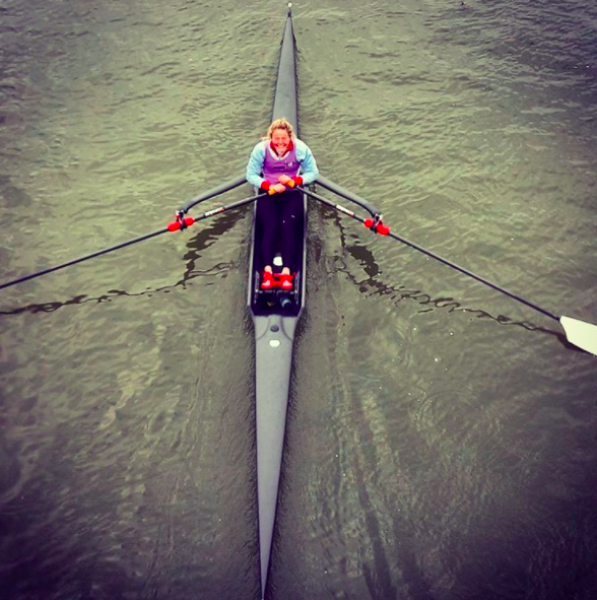 One thought I often keep in mind is if I feel good, I’m going to row good. Rowing in a WinTech bow-mounted wing Cobra certainly felt good, and took the pain out of rowing up to 120k a week out on the water.

The hull has an ultra smooth wet sanded finish. Whilst even just having a clean hull in the first place is an easy marginal gain to make, the ultra smooth matte finish was taking a smooth glide through the water to another level. It also looks pretty good sitting on the rack!

The next edge I felt the Cobra gave me over my opposition was the hull size. I thought that moving down a hull size to a 50-60kg hull might slow me down because if the boat was sitting lower in the water it would increase drag through the water. In fact I found the opposite. The slightly shorter length boat and narrower hull actually reduced drag in the water, equating to more speed in racing.

I won all 3 races at GB Rowing Team Non-Olympic Final Trials, this was something I had never dreamed of achieving in my limited time trialling in a single, and it’s something I’m fairly confident I wouldn’t have achieved in any other boat. Indeed, second place at final trials went to another girl in SLW WinTech Cobra who went on to be my crewmate at Worlds.

Training in a boat specifically scaled down to suit lightweight women now makes complete sense to me. Making do with a boat built for a lightweight man is not an option if you are going to tailor your training and eating down for your size and the sacrifices you are going to make.

Surely size specific equipment is the next logical step to take when looking to improve your performance. After all, you would not be happy entering a half marathon in shoes 3 sizes too big for you!

There are other marginal gains I was offered and looked to in order to improve my performance. More of that in my next posting.

Mary had a successful time rowing as a junior with several National Schools and Brit Champs medals and rowed in the JW4x at Coupe (2012).
Whilst studying at Durham University Mary became a multiple BUCS champion, Henley Women’s Regatta winner and silver medallist at EUSA, in both heavy and lightweight events.
Since graduating last year Mary moved to Wallingford Rowing Club, where she had a successful season winning the LW1x at the Non-Olympic GBRT trials, won Henley Women’s Regatta in the ELW 4x and 2x and finished her season racing in the U23 LW4x at the World Rowing Championships, Rotterdam.

Whilst currently taking a break from the relentless trialling process to focus on her career in digital health, Mary reflects on what components of her training and racing regime have enabled her to achieve her goals and success as a lightweight rower.

“There are many pieces to the puzzle of a successful athlete: training programme, rowing club, coaches, nutrition, mental toughness, wellbeing, commitment, attitude, juggling the roles of being an athlete/employee/friend/sister/daughter and finally equipment.

Whilst some of these jigsaw pieces I prefer to keep to myself, equipment is one of the more tangible aspects that can be used to facilitate, monitor and propel your success in performances forward in rowing. Fortunately over the years I have been in a great position to be using some of the best available, and have the results to match.”