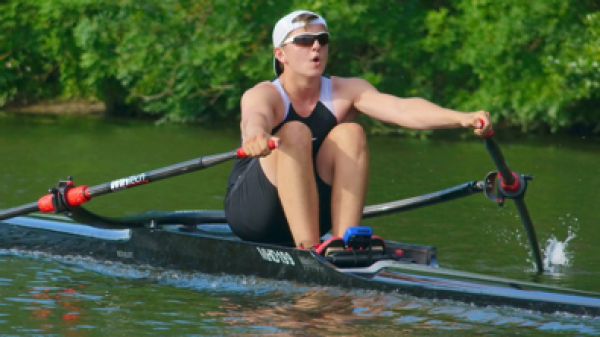 We tried the new WinTech RDS sculls as soon as they became available in 2014 in the first experimental design, my son using them in only his second season of rowing. We liked them from the first glance, and from that time till now we are only using these sculls.

The oars look just simply fantastic with their almost pencil-like shaft thickness, or rather “thinness” which reminds you that we really live in the 21st century now. It is amazing how modern technology with unidirectional carbon could produce such long and thin, but stiff enough shafts, which could cope with a huge load produced by the rower without being broken. 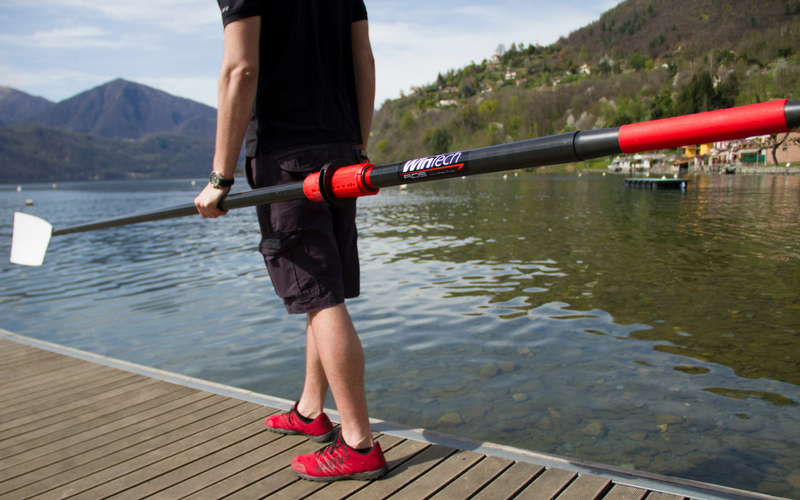 Firstly, I have tried them myself and pulled really hard in the single, using more than 100 pounds of force at each handle, which I still can do for 10 strokes ;). Absolutely nothing wrong happened, contrarily I felt very comfortable and the sculls felt quite stiff. Not too stiff, but just stiff enough to increase pressure at the blade quickly without injuring your back. To feel the stiffness of the RDS shafts, you don’t even need to go on the water: simply support them at the ends and push at the middle, then compare it with other oar brands.

The blades move really fast during the recovery, when the speed of the boat is added to the speed of the handles multiplied by the gearing ratio (about 2), so the speed could achieve 30mph. As the power losses due to aero-drag are proportional to the cube of velocity multiplied by the cross-section area of the oar shafts and blades, it was found that decreasing the shaft diameter by 4mm could give you 2-3 sec benefit in a 2km race. This is in no-wind conditions, but in a head wind of 5m/s, your gain could be 5-8 sec (cubic proportion to the speed!). Simply by coincidence, the WinTech RDS oars are exactly 4mm thinner than the thinnest shafts of other oar brands.

The first positive thing we’ve noticed immediately with my son, was improvement of his blade work in the water. As many beginners do, he was “washing out” the blade at the finish of the drive. The improvement was obvious as soon as he put his new WinTech RDS sculls into the oarlocks and start rowing. It was the same boat, the same young sculler, but now his appearance was completely different. The white splashes of water at his blades nearly disappeared, which we couldn’t achieve with the previous oars in spite of my son’s significant efforts to improve it.

We were continuously monitoring his biomechanics with the BioRow™ system and found that his blade work has significantly improved over the last three years (Figure 1). A new WinTech Medallist boat with Cobra riggers has also helped to improve blade work in 2015. We have set 1.5 degrees lateral pitch at the pins, which made the blade pitch larger at catch (5-6 deg) and lower at finish (2-3 deg). This prevents the blade going down too deep after the catch, and helps to keep it in the water at finish, so the blade work is getting more horizontal. 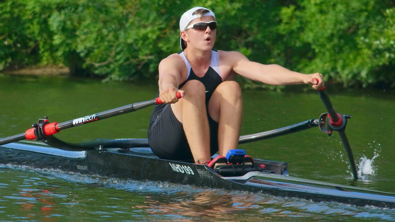 Better blade work directly affected the boat balance, hence relaxation during recovery, and the whole rowing rhythm and rowing efficiency. The drive now looks much more “solid”, it was clear that my son is moving his body mass forward with the boat, rather than moving the water as with the previous blades.

With WinTech equipment, my son had very successful seasons in 2015 and 2016. He has won both School and National Championships in his age category singles, as well as many other important regattas, and has been successful in trailing for the GB Rowing Team. Other boys at his club followed our successful example, and now we have the whole quad sculling with these blades.