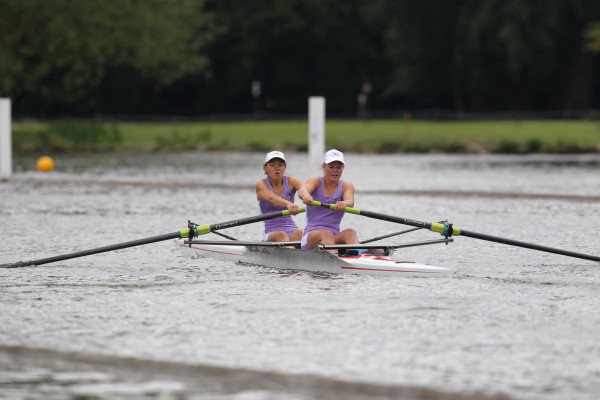 One thing you come to accept with university/club level rowing is that you don’t always get to row in the best boats. Rattling around in boats that are too big, boats that aren’t set up right and you can’t figure out how to adjust, slide bites and holes torn in your lycra from rigger shoulders are just some of the daily struggles with rowing in ill-fitting equipment.

These seemingly minor issues can soon amount to delayed sessions, uncomfortable rowing, increased injury risk, skin infections and unwearable kit, but it also means you don’t get the most out of the tremendous amount of time you give up to hard training when it comes down to race day. 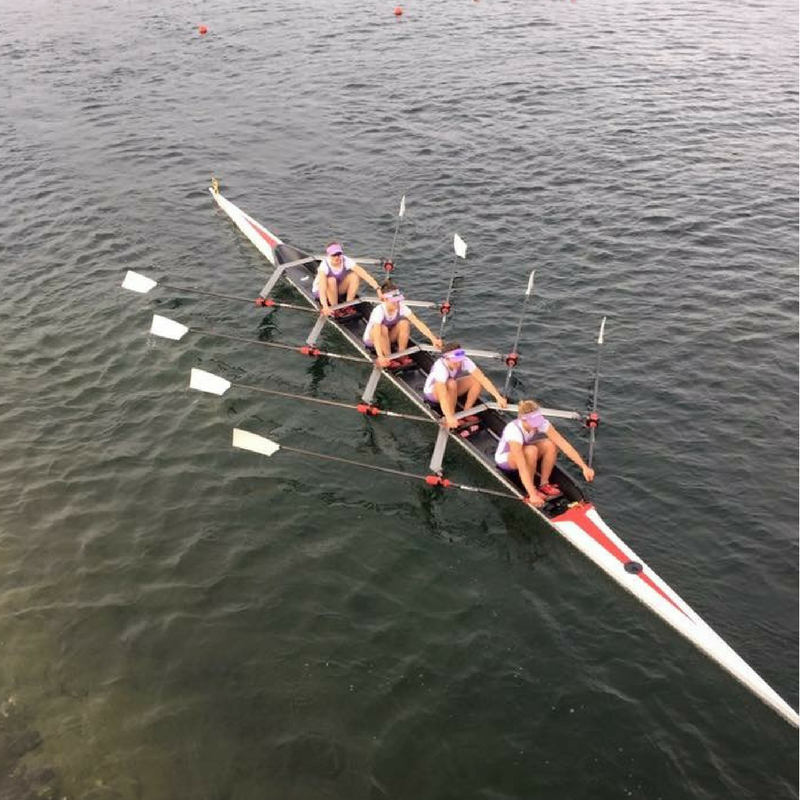 "Durham University in their International SLW 4x with RDS sculls"

Over the years WinTech boats have seen me through some difficult conditions, sessions and races (not to mention difficult crew members!). Here are some of the best bits about the boats:

When you’re constantly hopping in and out of boats or changing the crew line up, sometimes it’s easier just to grin and bear the set up of the boat for the session, rather than delay the outing and end up running late for school/lectures/work/dinner. The snap on washers WinTech supply with each boat and the easily adjustable shoe plate and foot stretcher allows small but often vital changes to be made whilst you’re on out on the water meaning no part of your session is wasted.

Over the course of a season I’ve seen many lycras and leggings gradually get discarded after they have become inappropriate to wear due to the gaping holes in the sides after becoming a victim to being caught on bolts of the rigger shoulder.

I always wondered how on earth my friends acquired these holes, until I realised that the WinTech wing rigger boats I have mainly rowed in don't need shoulders and so are generally wider and accepting of women's hips, preventing kit getting caught on anything as you move up the slide.  The shallower angle of gunwale also helps in this, as well as repelling higher rolling waves in rough conditions.

Again, hopping in and out of boats at a big club means the boat you are using isn’t always perfectly set up for your use. There is nothing worse than finishing a session with red raw calves from slide bite, making rowing in any boat for the next week or so an unpleasant experience. However, the WinTech wide seat tracks and calf recesses means slide bite is non-existent in a properly set up boat.

I’ve had my fair share of narrow misses and complete crashes whilst ploughing up and down on a narrow river, in the dark, doing pieces in both directions with the whole of the boat club out on the water. However the super responsive steering system I've found with WinTech boats enables you to weave around crews and get the best line whilst disrupting the boat as little as possible. You really won’t believe how responsive they are until you try one!

A sad fact to say is that lightweight women often become bottom of the hierarchy in terms of boat allocation in large clubs. There often isn’t a large contingent of lightweight women, or their races aren’t considered to be as high profile as some of their heavyweight counter parts. Unfortunately this can mean rowing in boats that are too big or just can’t be set up right to suit smaller frames.

The Super Lightweight hull size (50-60kg), I have used in 1x, 2x, 2- and 4x allows the boat to sit perfectly in the water for even the smallest of lightweights. When testing the smaller hull compared to a larger one, I found that the boat picks up and maintains boat speed so much easier than when you are trying to lug along a larger hull. A "scaled down" person needs a scaled down boat and sitting on the start line of a race knowing you’re in the best possible fitting equipment only boosts your confidence when you hear the starting beep. 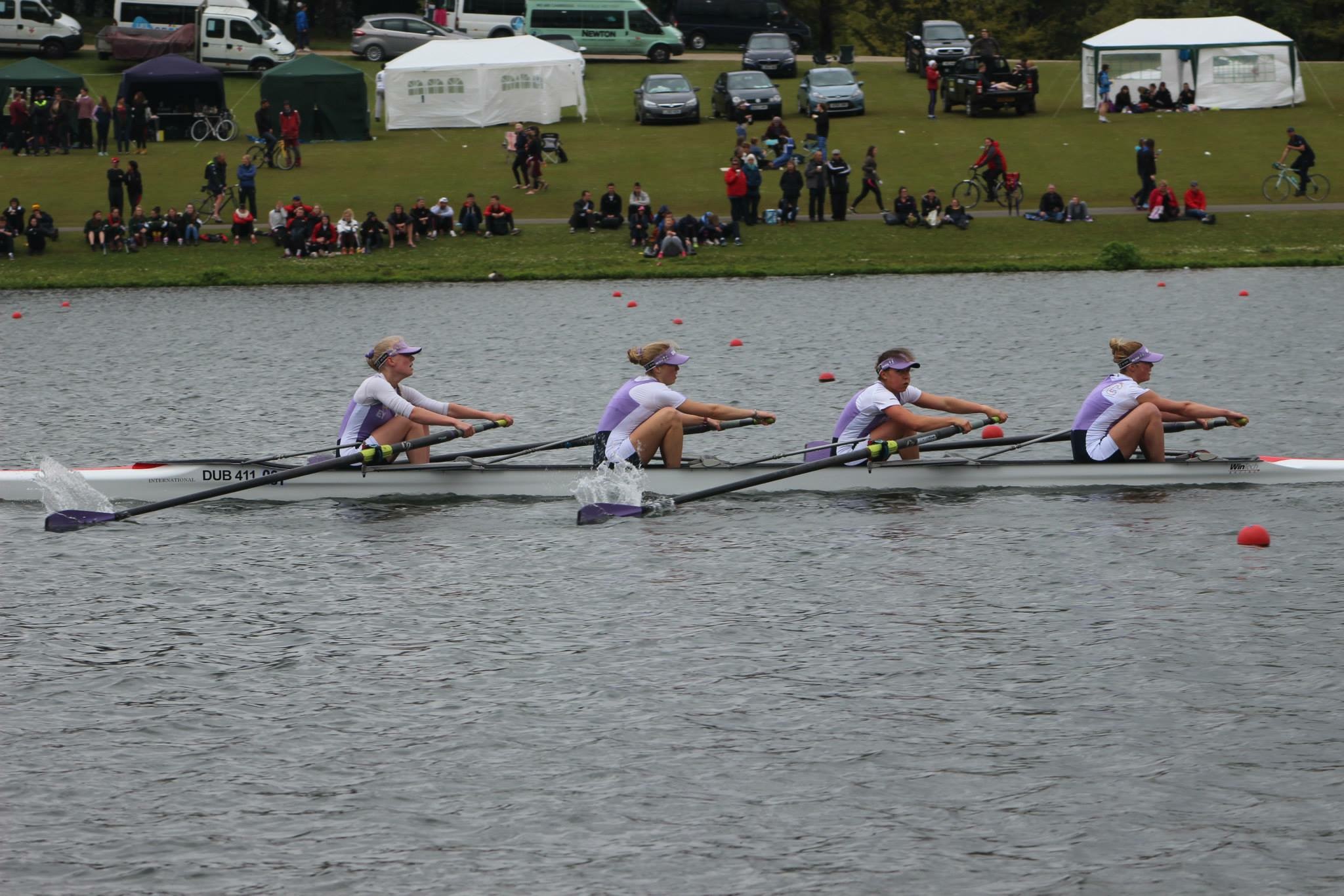 Rowing at University led me to become a bit of a ‘jack of all trades’. If you wanted to make sure you were in the best boats it really helped if you could scull and row (preferably both sides). Being in a variety of crews inevitably meant rigging and de-rigging a lot of boats. Being able to change a quad to a four in a matter of minutes without a rigger jigger in sight (as usual) was great. Quick Release riggers aren't for everyone I know.  We all like the security of bolted on riggers, but taking the time to learn and understand the mechanics of quick release riggers can be a real time and space saver and are a useful option when considering club boat purchases.  I think a good idea for when boat sharing is likely to happen, for a few hundred pounds more for an extra set of riggers, different crews that may want to be set on different spans,  could quickly change the riggers and row on a setting more suited to them.  The club would also have spare riggers in the event of loss or damage and the boat would remain in service.  I suppose it just takes a small amount of thought and co-operation but with big advantages.

Mary had a successful time rowing as a junior with several National Schools and Brit Champs medals and rowed in the JW4x at Coupe (2012).
Whilst studying at Durham University Mary became a multiple BUCS champion, Henley Women’s Regatta winner and silver medallist at EUSA, in both heavy and lightweight events.
Since graduating last year Mary moved to Wallingford Rowing Club, where she had a successful season winning the LW1x at the Non-Olympic GBRT trials, won Henley Women’s Regatta in the ELW 4x and 2x and finished her season racing in the U23 LW4x at the World Rowing Championships, Rotterdam.

“There are many pieces to the puzzle of a successful athlete: training programme, rowing club, coaches, nutrition, mental toughness, wellbeing, commitment, attitude, juggling the roles of being an athlete/employee/friend/sister/daughter and finally equipment.

Whilst some of these jigsaw pieces I prefer to keep to myself, equipment is one of the more tangible aspects that can be used to facilitate, monitor and propel your success in performances forward in rowing. Fortunately over the years I have been in a great position to be using some of the best available, and have the results to match.”