What has rowing ever done for me? - Chris Bates 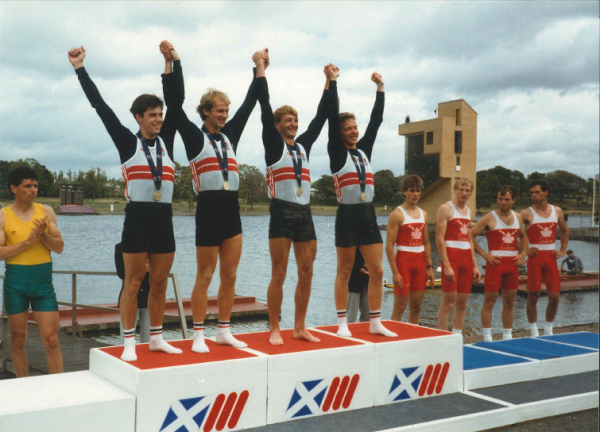 I have been asked to write a blog (whatever that is) about (in the words of Monty Python) “What has rowing ever done for me?”

Aged eight, I was asked to cox a four at Newark Rowing Club one Sunday morning. Needless to say, I loved it and was back next week for more.

The guys seemed to like it that someone was crazy enough to turn up in the freezing cold and rain and sit in the back of a boat steering them up and down the river whilst they trained. I seem to remember there were lots of weights (didn’t like them and nothing’s changed), running (didn’t like that and nothing’s changed), regattas (Racing, excellent, loved that!) and wonderful tales told under the influence of alcohol (definitely a case of “the older I get, the better I was”).

The guys took me under their wing and we traveled the country racing at heads and regattas at weekend sometimes camping overnight. We won pewter tankards on a regular basis that were filled with beer to celebrate another epic win (If we didn’t win we had to make do with a glass).

One of the guys, John Wilkinson (a little more reliable than the others) made sure I got home presentable and in one piece. I became close friends with his son James, we used to mess about on the river (in rubber dinghies, we must have rowed hundreds of miles) at the rowing club for hours on end at a weekend only returning when hungry or thirsty. This all stood me in good stead for when I was big enough to actually row.

I was coxing said 4+ when returning to the club we stopped and stroke John Foreman said “your turn” so we swapped seats mid river and I had my first proper rowing experience. Now aged twelve I couldn’t get enough. I use to cox for a training session and then one of the guys would coach me in the single. 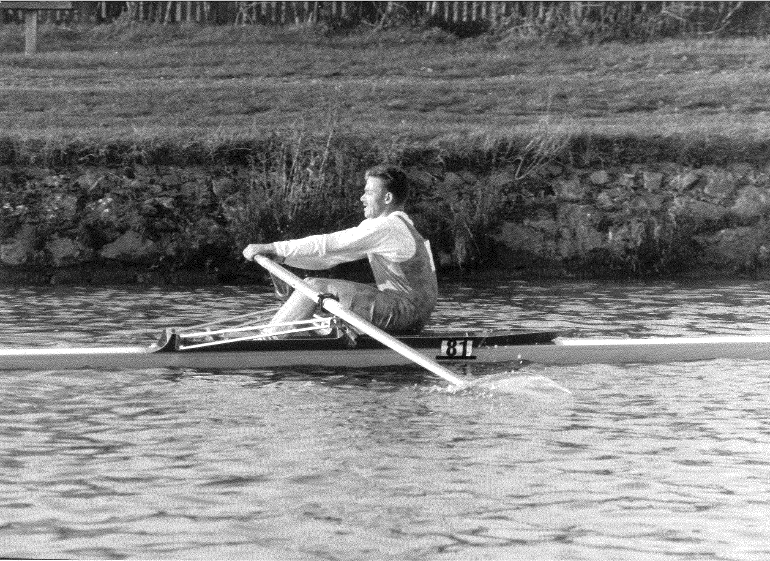 Within a year I was racing at regattas and was selected to race the U14 relay for the East Midlands at the National Championships. In that team was Carl Smith and Stuart Forbes, we didn’t win that day but greater things were to come. I would win my first World medal in the LWT 4- with both of them.

Back in Newark, I was coached by Paul Fenoulet (whom I’ll be always indebted to) for the next few years and the improvement was stratospheric. I was now eighteen and one of the fastest single scullers at the club (Apart from Graham Price who was the 1980 LWT 1x for GB).

It was now that a club stalwart and dear friend Dickie Marshal told me about a new club that was being started at Nottingham. Dickie took me to meet Ian Wilson and I was introduced to Mark Lees the professional coach (unusual in 1981) of the newly formed Nottinghamshire County Rowing Association. I was invited to trial to see if I was good enough to join.

More about that another time. Fast forward to today.

I’m now (very proudly) President of Newark Rowing Club.  I help my old friend Paul Fenoulet with the coaching, I still go out rowing on occasions with my best friend of nearly fifty years James and I still see some (sadly not all) of the guys (some in their eighties) I used to cox go out rowing twice a week.

So back to the question “What has rowing ever done for me?”, well, I met my wonderful wife (don’t know how she puts up with me) through rowing and have two wonderful kids. Many lifelong friends who I am pleased to say are REAL friends and the most wonderful memories that no one will ever take away.

Chris Bates won 3 gold, 4 silver and 2 bronze medals whilst competing at international rowing events during the 80s and 90s. To this day Chris remains one of the most decorated medalists in GB rowing -