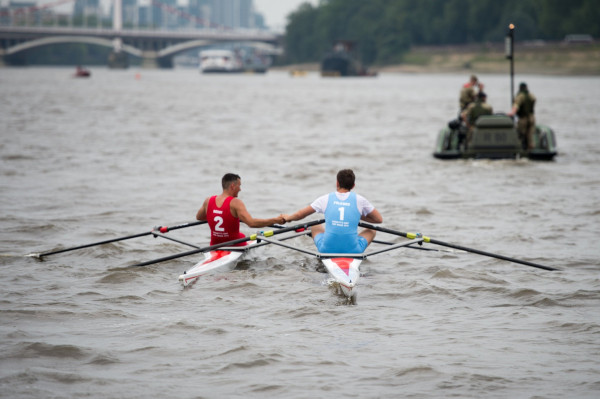 Tuesday 25th of July sees the 302nd running of the Doggett’s Coat and Badge race making it the oldest sporting event in the World, WinTech have been sponsoring the event for the last 3 years.

On the 1st August 1715, Thomas Doggett, an eminent comedic actor from Drury Lane, at the first anniversary of the accession to the throne of George 1, gave a waterman’s coat and silver badge to be rowed for by young watermen in honour of the day, and bequeathed at his death a sum of money to continue the custom. 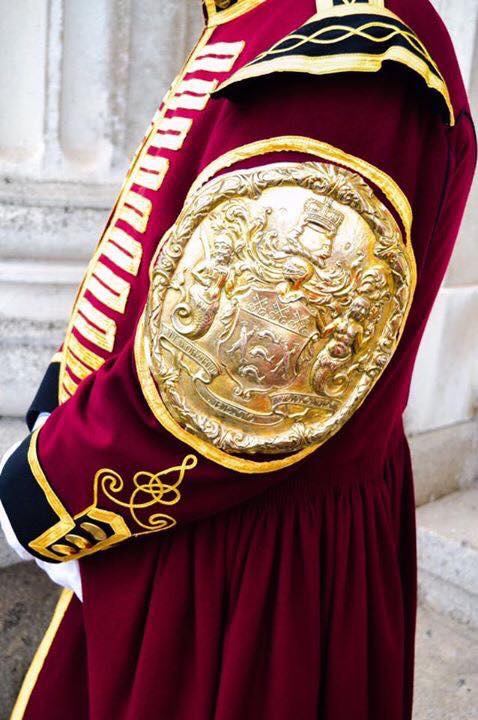 Thomas Doggett funded the race from 1715 until his death on the 22nd September 1721. His will was proved on the 2nd October of that year.

At first sight, it may appear strange that an actor should leave a bequest to run a rowing race. However, at the time the river Thames was the main thoroughfare of London. Watermen were the equivalent of modern-day taxi drivers. Thomas Doggett would have relied heavily on watermen to get him from his place of work in Drury lane to his home in Chelsea.  There is also a story that Thomas Doggett having fallen into the Thames near the Embankment was rescued by watermen, saving his life.

The race remains a demanding physical challenge being rowed on the Thames between London Bridge and Cadogan Pier Chelsea, a distance of 7,400m. The original race was rowed in 4 seater passenger wherries that the watermen used to ply their trade. These boats would take two hours to complete the course because they also rowed against the stream.

In 1873 the race was run on the incoming tide and has remained this way ever since. It may seem that the physical demands of the race have been reduced as today the race is in modern racing shells and the course is completed in around 30 minutes.

However, what has been gained on the swings of physical demands is lost on the roundabouts of technical skill. The river is not closed to normal traffic during the race and so in addition to the physical challenge, it is a severe test of watermanship.

Modern racing shells are built for pure speed on still water and are not built to cope with the wash created by river traffic; they are very unstable so with eleven bridges to negotiate and the turbulence around the buttresses makes staying in the boat a real challenge especially with the pressure of the race.

Fortunately, with the WinTech unique self-bailing system, the risk of swamping has been eliminated however catching a wash and dropping an oar can still lead to an early watery end to the race. 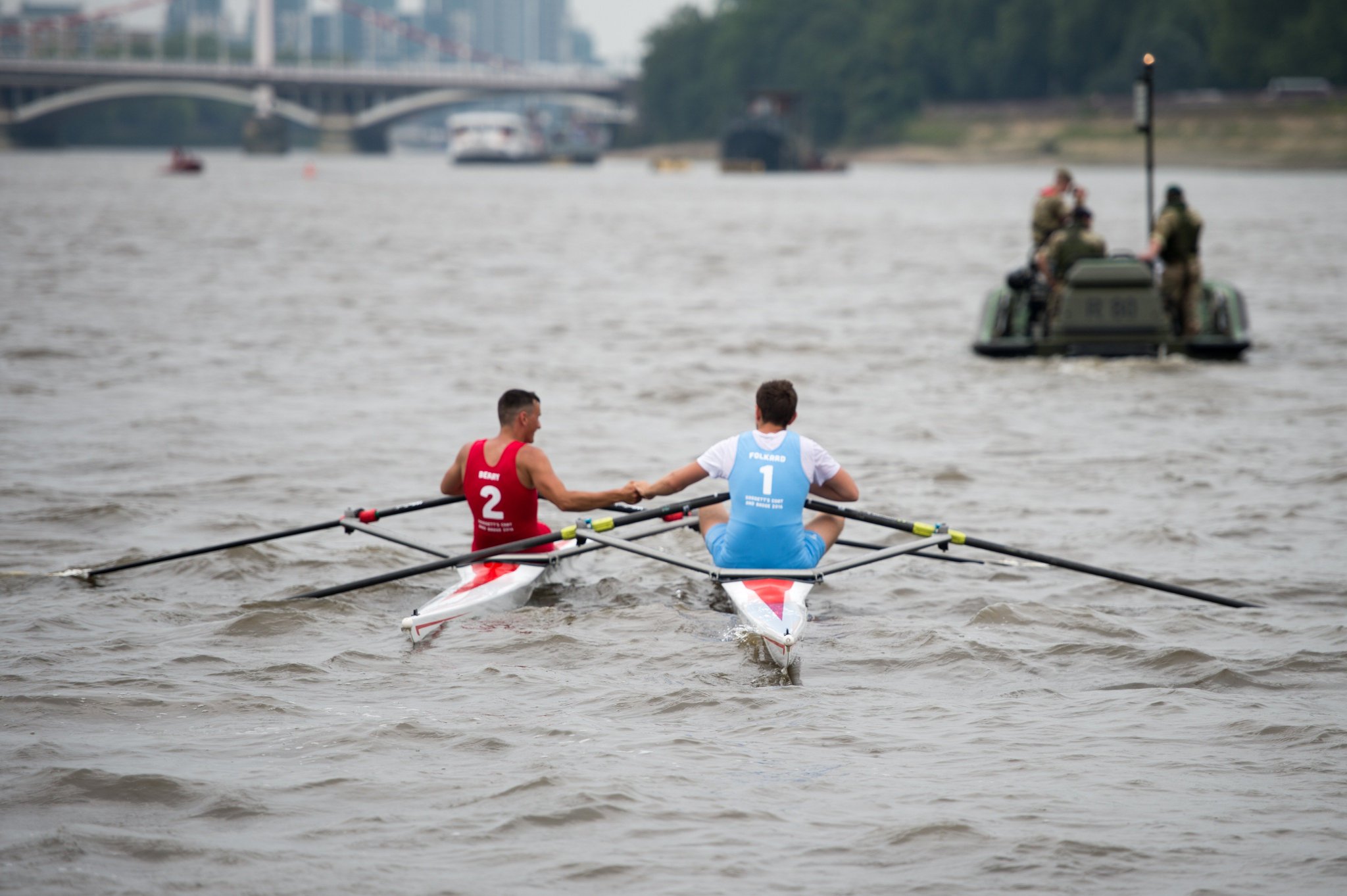 The Doggett’s Coat and Badge Race is a big day out in the calendars of Londoners especially those associated with the river. Following the race is an armada of supporters including river boats of the Waterman’s and Fishmonger’s Companies. Spectators take up positions at strategic points along the course on bridges and riverside pubs.

Doggett’s winners can be seen on many state occasions with their bright red tunics, silk stockings and silver badge on the arm.

Oarsport are honoured to provide the boats for this prestigious event.