New Event at Head of the Trent! 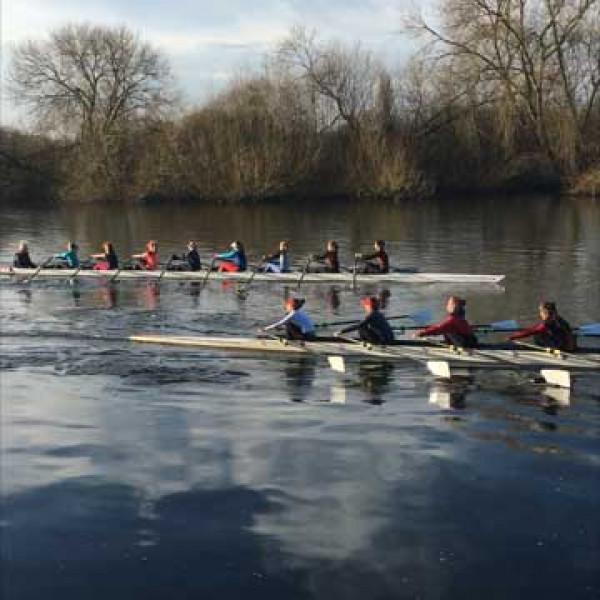 New Event at Head of the Trent!

Nottingham and Union RC Junior winter training 2016/117 began with the normal pre-season meetings in their age groups to discuss goals and commitment. Parents were present. Every September across the rowing world I guess something like this is happening.

The group had doubled in size, seemingly overnight, won almost everything they entered the previous year, half of them were entering their 3rd year of competitive racing and they all wanted to crown the Winter effort by winning a medal at Dorney Lake.

The Oarsport Junior Sculling Head would be the culmination of all that hard work, through those dark evenings and early winter mornings. This season the NURC Junior girls were serious with attitude.

Putting an Octuple together from that age group relies on a commitment of a minimum 12 athletes and so by default you are always moving them in and out of the quad and the octuple and hoping everyone stays safe and fit and up for the effort of the campaign. The purchase of a new WinTech 4x+ and the rental of a Wintech Super Lwt 8x+ has allowed us to run that squad to its full potential.

Part of the challenge will be finding competitive racing through to March 24th for the Wj14 octuple.

The Head of the Trent and its new octuple events fit perfectly into that preparation. This year it will be held on the 26th February over a mid-day division especially shortened for the Junior events. At 3,800 metres it’s as close to the Scullery distance as you will get on an open river and without the rest at half way of course.

Last year The Union raced a J13 octuple, time only. This was the first time an octuple had ever gone down the course in anger. They put in a good performance, turning over a few Novice 8’s on the way

For the first time this year Nottingham Head of the Trent committee have turned that into a competitive event for Junior 14/15 boys and girls and you are all welcome to boost the event and add to the competition.