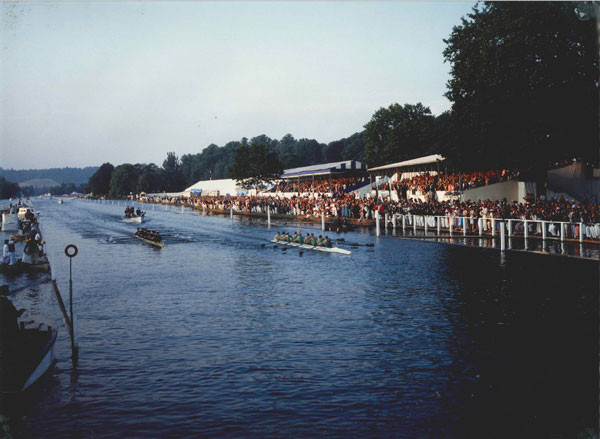 My memories of that 1989 race come to me in flashes rather than in any logical order. It was a surreal day.

We raced and won the final of the Ladies Plate as scheduled in a new record time. This was my first Henley final and obviously my first win. A lightweight crew beating Harvard's best heavies, I was a happy boy.

We were all happy. So off we went to clap ourselves on the back and celebrate. Both of which we did loudly and often as you might expect. Then, showered and changed and with a little champagne in the system, we went to collect our medals.... which is when we found out that apparently, we had not won after all, and that there was to be a re-row after the end of the main regatta. 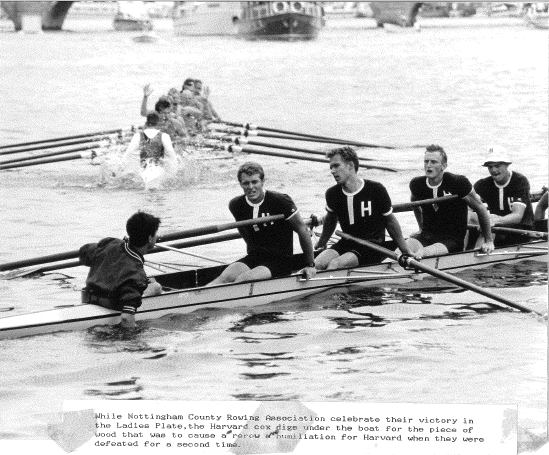 What followed is a bit of a blur, to be honest. I remember a little anger, some denial and no small measure of consternation but then soon enough, and true to the nature of that crew, we accepted the reality and got serious. If they wanted to get beaten again, we were the men for the job.

Having been huddled away preparing, the paddle to the start was when we realised how many people had stayed behind to watch. Thousands! What was particularly noticeable to me was the proportion of American voices cheering for us and not their countrymen. They were often sporting a Yale cap or blazer.

Apart from that, I can't tell you what happened in the entire warm up. Or on the start. Or in the first half of the race.

I do remember a very simple race plan. "Don't be lead". We knew that to let a heavyweight crew get in front would spell our doom so we decided not to.

The one really clear thing I remember about the race itself was at Remenham Club. We had eked out a 1/3 length lead and were grimly holding on to it when the Harvard Cox called for a "Power 20" then started his count. 1...2...3...

From my seat at 3 I saw their bow come level. Jonny, our Cox, was screaming for us to "wait for the push" which he assured us was coming soon. 'Personal burns' were always a risk in that crew.

I felt that bow ball go past my peripheral vision and out of sight. They were coming level. The personal burn went up a notch. ...13...14...

I don't remember if that Cox ever counted all the way to 20. But knowing what was about to happen to Harvard when Jonny called for our own push, I clearly remember thinking to myself "Sorry boys, it's all over for you guys"... or words to that effect anyway.

The push was called - I think the words "Goodnight ****ing Midnight" were even used. And the rest is history. Another course record 2 seconds quicker than our efforts of earlier. And we received our medals this time. 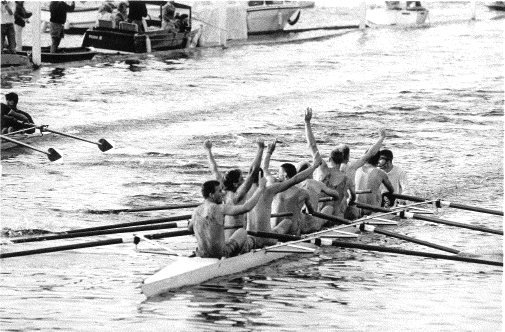 In memory of Carl Smith, Personal Burner in Chief.